How To Attract A Pisces Man: Our Astrology Experts Reveal The Top Secrets

Have you fallen for the last zodiac sign? We totally knew you would! People love the Pisces man's huge amount of sensitivity and his deep, romantic side. To capture his heart, talk to him about love and make him dream about a future by your side! We reveal our best romance tips on how to attract a Pisces man and even how to figure out if he's interested in you. Be sure not to miss out on our exclusive tips!

Pisces man is one of the most romantic zodiac signs! He’s intuitive and emotional and he feels the effects of everything that surrounds him, which can sometimes make him worried or oppressed. He's an idealist who needs to believe in that love is pure. He is a very considerate, loving and deep sign and he’ll quickly bend over backwards in order to please his partner. 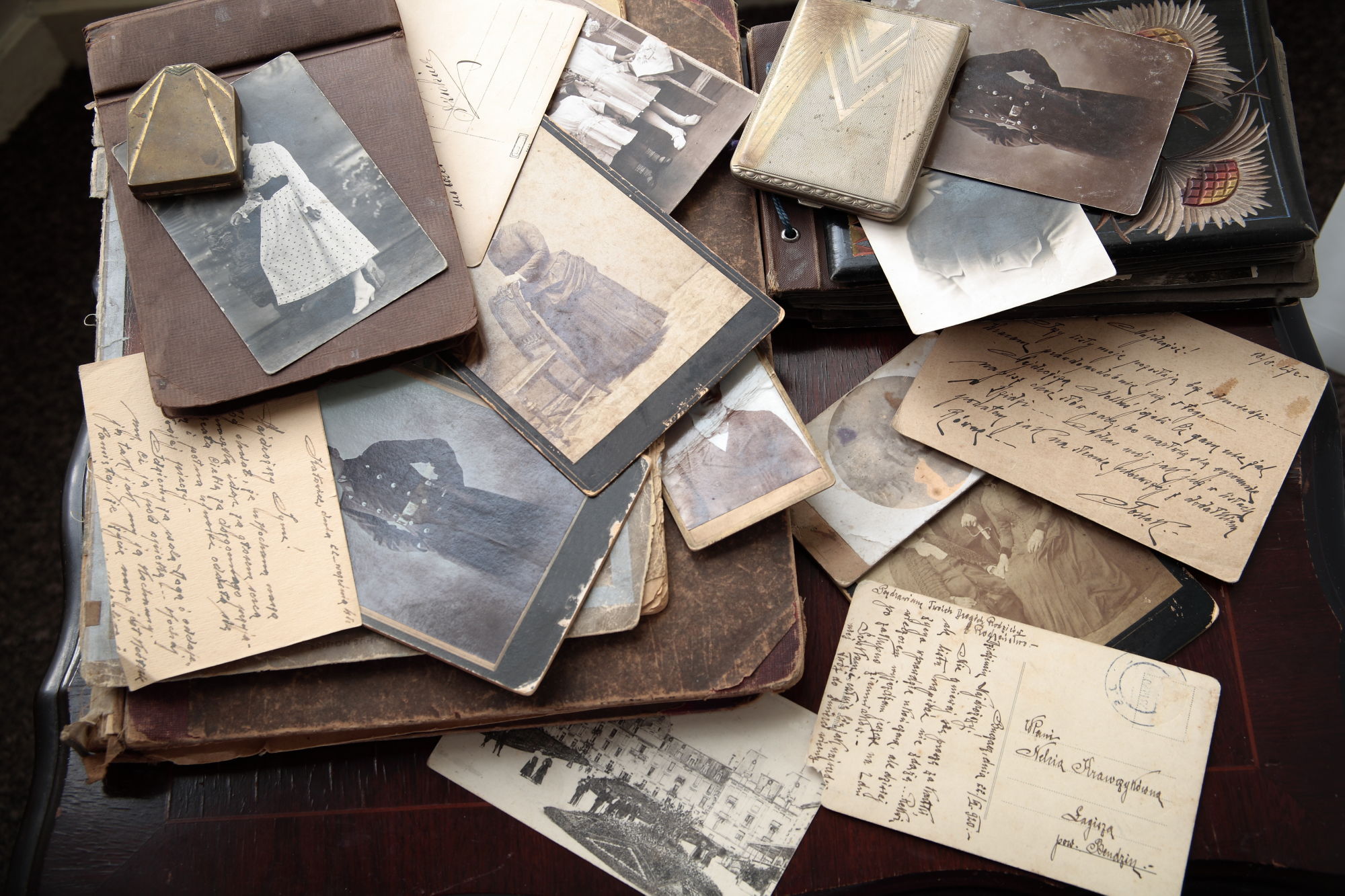 He lives life according to his emotions and lets himself be completely carried away by them. He dreams of being at one with his heart’s desire.

Don't miss out on more information on the zodiac signs!

How to attract a Pisces man: Let him know you're interested

Pisces is a sweet dreamer who loves to believe in the future and spend hours daydreaming, this explains why he’s often in his own little bubble. To feel good, he needs to to feel useful and to be perfectly in tune with his loved ones. Pisces' ideal partner is someone who’s sweet, creative, subdue, and very emotionally dependent.

To attract a Pisces, talk to him about love!

Confide in him your feeling and emotions and he’ll definitely fall head-over-heels! For more information on Pisces, check out 15 facts on the Pisces zodiac sign.

How to attract a Pisces man in 5 steps:

If you follow our 5 simple seduction steps, your Pisces man will instantly fall for you and make things official.

Pisces guys are huge romantics! You can expect huge declarations under the moonlight or little gifts that have a lot of sentimental value from him. When he’s in love, he only needs to be with the other person constantly. Separation is very difficult for him. 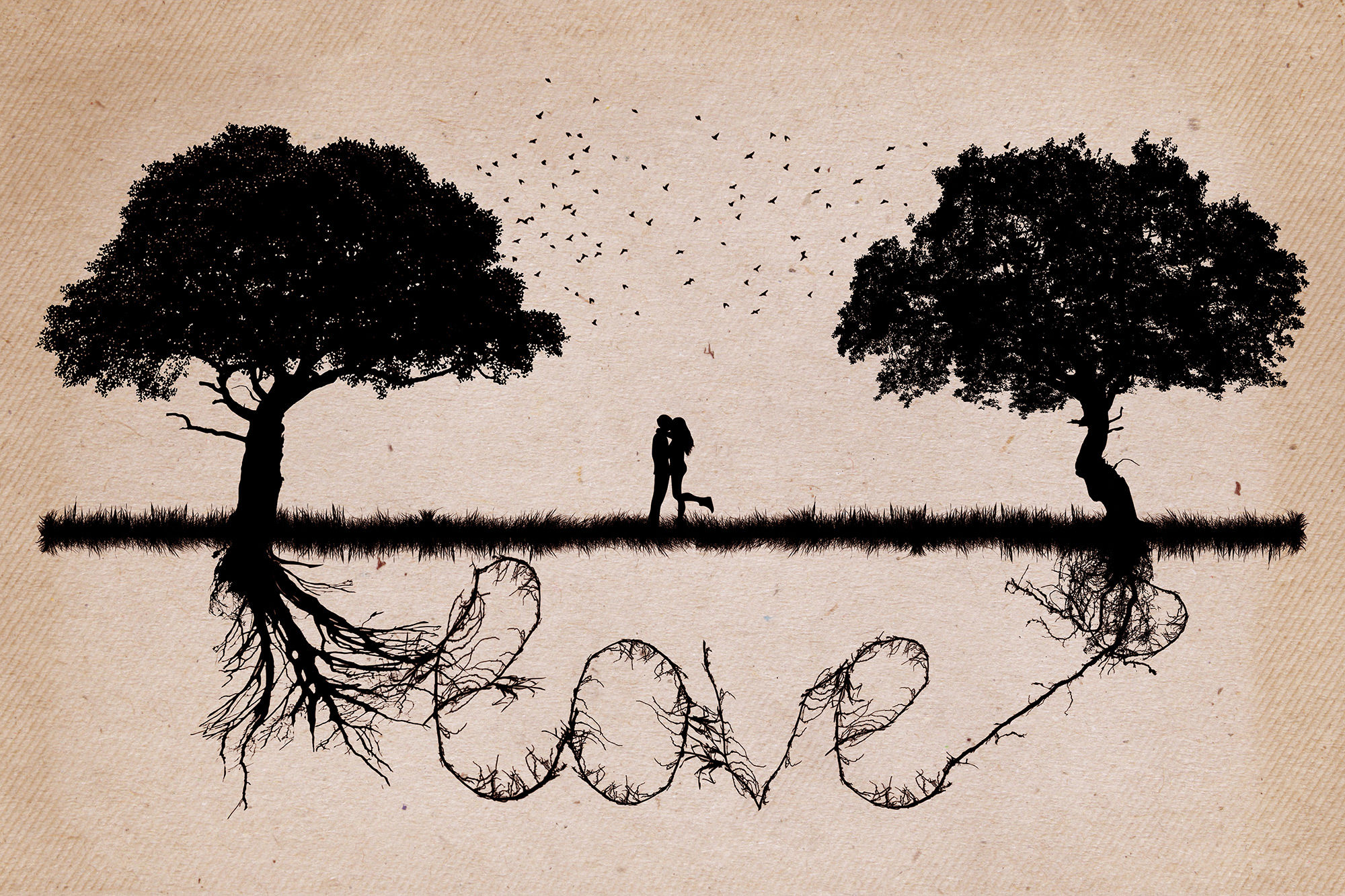 "Remember that a Pisces will fight for a relationship just as long as the other person is willing to fight too."

How to make a him fall in love: Compliment him

Pisces men love being complimented and having their egos stroked by their admirers, so don't forget to tell your man how special he is to you. These men are also more attracted to simple and laidback women who aren't materialistic or superficial. Remember, if you want a Pisces man to be putty in your hands, the secret is to make him feel good about himself.

Find out how to attract men using their zodiac signs.

How to get a Pisces man's attention

To get this guy's attention you need to be strong, decisive and ready to take the lead because natives of this sign don't like being in control. Pisces men are attracted to deep thinking people who love spending their time reflecting on important issues. Romantic and thoughtful gestures will definitely capture this guy's heart.

What does he want in a woman?

Natives of this sign need a dreamy and easygoing woman by their side. They love feeling and experiencing deep connections with their partners and really appreciate honest communication. In short, he wants someone who can dream as big as him!

His devotion is without a doubt, his greatest zodiac quality. He’s ready to put his desires to the side in order to please his other half. He’s patient, understanding and modest.

His large capacity for emotion can sometimes become excessive and put the brakes on his life. He wouldn’t dare to assert himself, and he’s even capable of getting rid of certain aspects of his personality. This is too bad because he might miss out on some beautiful opportunities.

Pisces compatibility: Who does he match best with?

Pisces makes a harmonious couple with either Cancer personality or Scorpio personality. He appreciates Cancer’s sweetness as well as her tender and emotional side. With Scorpio, he appreciates her mysterious personality.

Sentimentally, he’s a sponge because he takes in all of his surrounding emotions and atmospheres and he soaks them up. Romantically, he wants to merge with his partner, both in body and mind. He doesn’t want to do anything besides be with his other half. 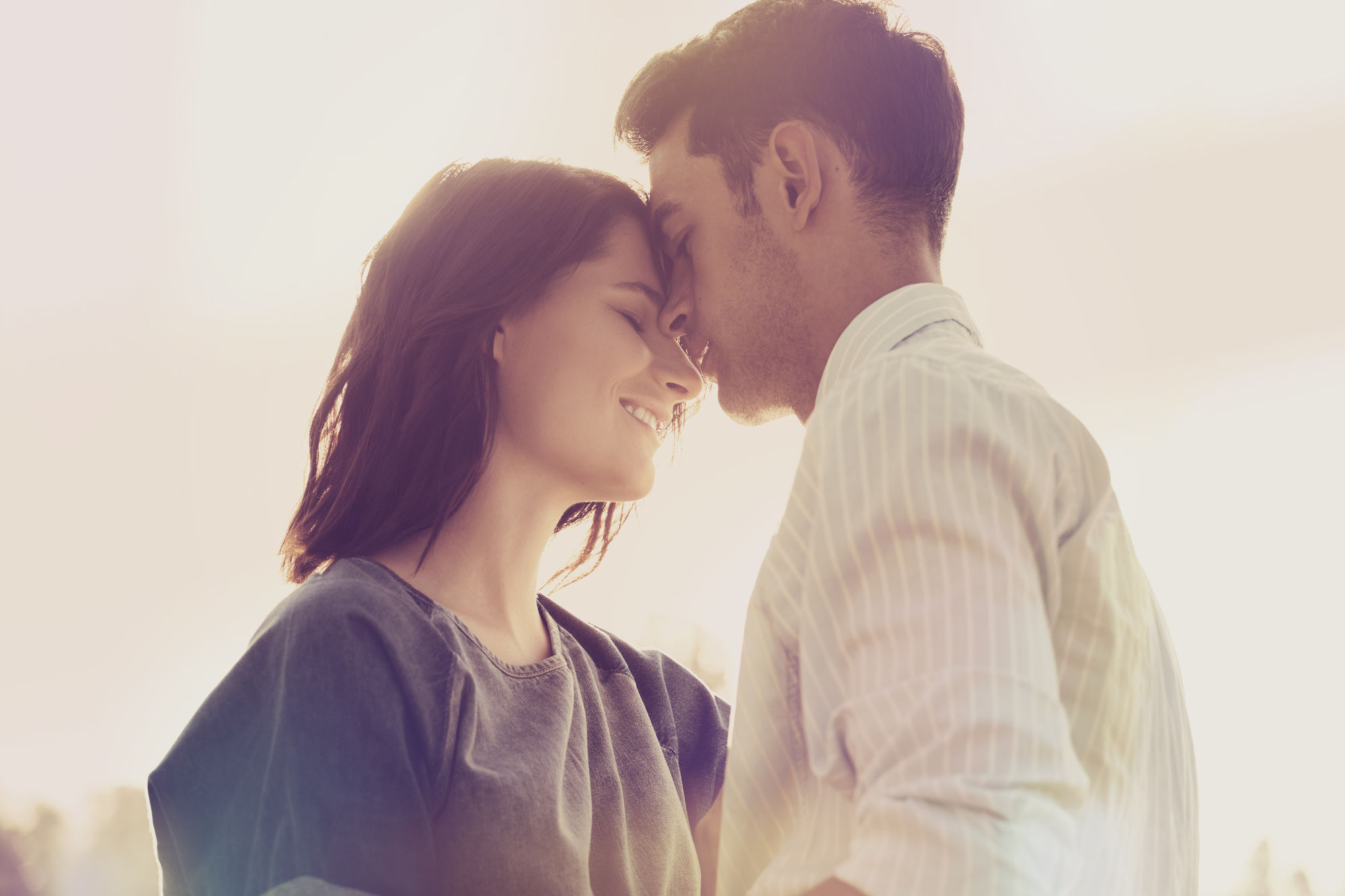 He needs to feel like he has the same thoughts as his social circle. He needs to believe in something, love, and be useful. He loves to let his mind wonder and to take his time.

What does he dislike?

Pisces is intuitive so he lets himself be guided by his feelings. He refuses superficial relationships or any that aren’t “deep enough” in his eyes. He loves intensely and separation is one thing that he hates the most since he wants to be one with his partner.

Any kind of separation, even for a short moment, is extremely annoying for him. He won’t say anything though, because he is discreet and doesn’t like to show his emotions.

The reasons why we love him!

He’s the most charming of the zodiac signs! He’s sweet, caring and gives without hesitation. He thinks of nothing but the happiness of his partner. Straight out of a love story, he needs to soar and let himself play in the game of love. He struggles to control his feelings that he’s completely submerged in and he searches to be in unison with his partner.

He has a say in every activity that asks for his opinion. He loves music- whether he plays an instrument or just listens to it- and it sometimes puts him in a trance, and may even bring him to tears. To let his imagination wander, he’ll devour movies, theatrical pieces, and a diverse amount of books on any topic. 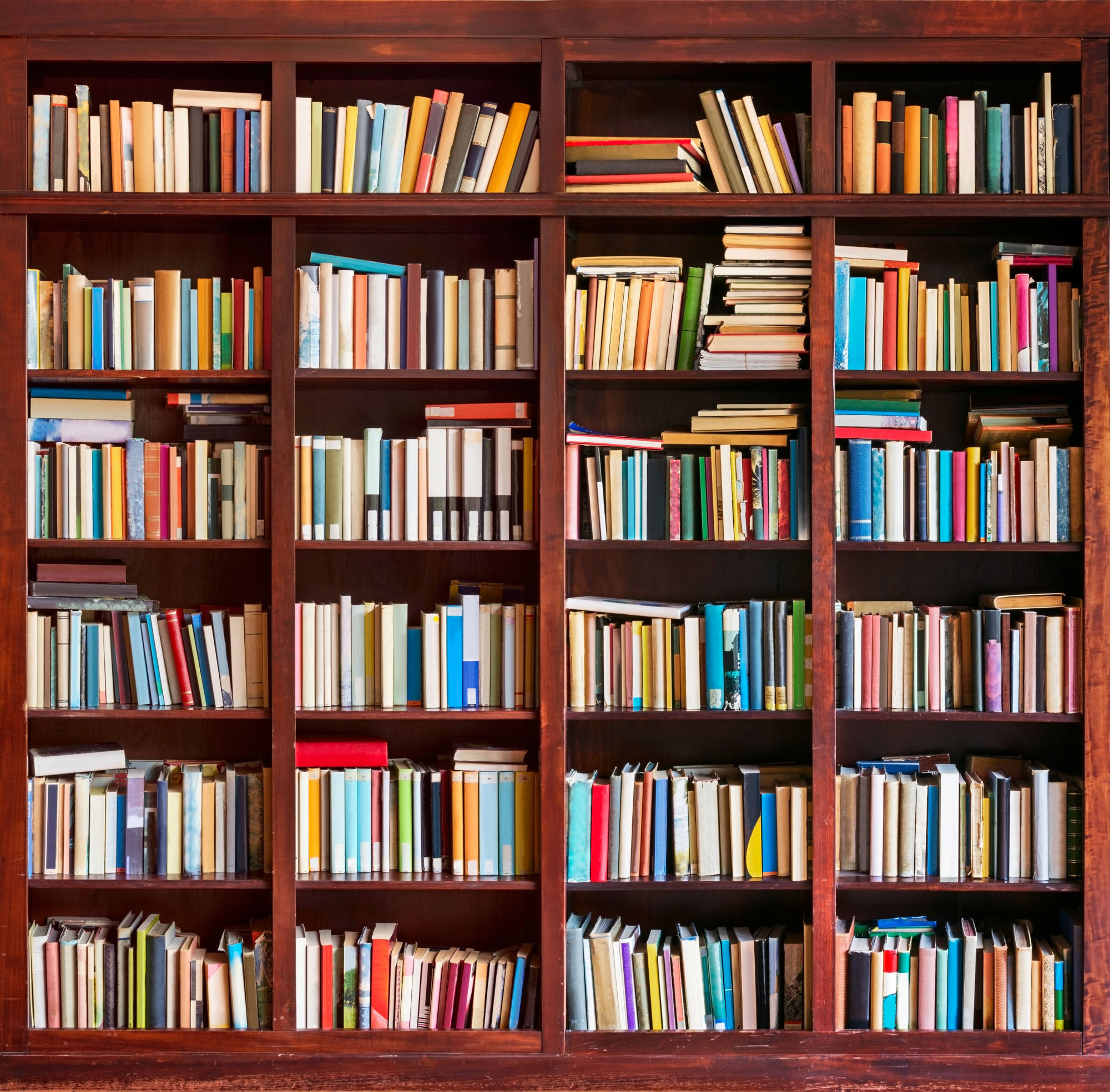 Whatever his hobbies are, he likes it to be quiet whenever he devotes himself to his favorite activities because he needs the peace and calm.

We reveal how to attract a Pisces man with our top seduction tips in our unmissable video: 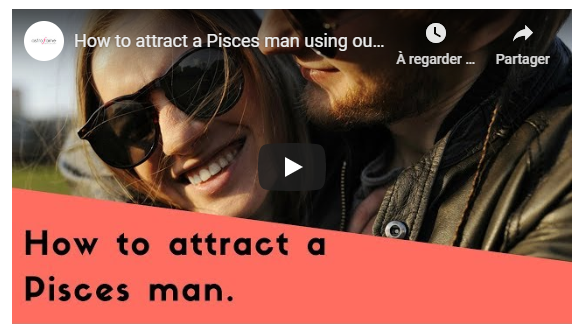 Now that you know how to seduce a Pisces man, check out our other articles!

I have very strong feelings for a Pisces man. I am a Gemini woman. I really like him and would like to be more than friends. He is very hard to read though. He is flirty to me ( or at least it seems that way ) but I have to initiate contact. I have liked him for a very long time and I know he has to have figured this out. Just afraid he will reject me and it will ruin our friendship if I tell him how I feel. What should I do?

I'm an Aries who fell for a Pisces guy. We had a relationship for a few months, but I ended it because he had problems to handle. He reconnected a few weeks after that, and he says he still loves me the same way he did. It will be difficult to handle a long-distance relationship, but we promised that we're for each other.

I am a saggitarius woman and I m liking a pisces man. Would there be any connection or any love romance relationship going to happen? I love him. But I dnt know his feelings.

I am also a Sagittarius woman! I’m pursing a Pisces man right now and he is hard to read because I’m big on words and communication but I know for a fact we have a connection and he likes me for the little actions he does and how he puts me first. One thing that really touched his heart he was trying to do something for me and I told him no because I wanted to put him first. He didn’t say ANYTHING (not even ok) but ever since then he’s been all over me

I’ve had strong feelings for a Pisces man for 2.5 years. I am a cancer woman. Whenever me and him get close, like when we shared our first kiss, he distanced himself. Just recently we slept together for the first time and he distanced himself again. I believe in my heart that me and him are meant to be together but i don’t know what he’s thinking now and i haven’t heard anything from him since. Should i reach out to him and ask to talk? Or wait for him?

I feel for a Pisces guy on Pof online dating we have never met but the time I told him how I feel and wanted to meet him person ,he said he felt the same way but then he just stopped communication, am married ,6 years now but still think about him from time to time , I feel like maybe he never felt the same way in the way he distant himself and cut me off.

I would reach out for clarity..

If the guy i like is pisces but i am a Cappy will it help us connect if my moon sign is in Pisces and my venus is in Scorpio?

We reveal the secrets you need to attract each zodiac sign and how to maintain a happy relationship!

Consult
Check out our amazing experts