Pisces: Discover This Creative Zodiac Sign In All Its Glory!

The Pisces personality is very friendly and selfless, but can at times feel overwhelmed by whirlwinds of strong emotions. In short, Pisces is a creative, sensual, and imaginative person, who aspires to achieve total emotional and spiritual harmony; demonstrated daily through their generosity and caring. Get the horoscope insights you need on Pisces and build better relationships with them. How much do you know about the last star sign and their personality traits?

We reveal the Pisces personality in our unmissable video:

Pisces people are born between February 20 and March 20 making Pisces the twelfth sign of the zodiac.

In need of more guidance? Follow the Moon in our Lunar calendar 2020 for more vital information.

Your ascendant sign also has an important influence on your personality. Figure out your ascendant with our rising sign calculator.

What does Pisces mean?

The Pisces sign is represented by two Fish tied together, yet swimming in opposite directions. The zodiac symbol represents the duality of the Pisces personality. Pisces people are said to live in two different worlds; reality and fantasy and their zodiac symbol represents exactly that. The symbol of Pisces is associated with religion and the circle of life. The fish encapsulate the chain of human evolution from vertebrae to men. Discover the influence of Pisces rising on each zodiac personality. 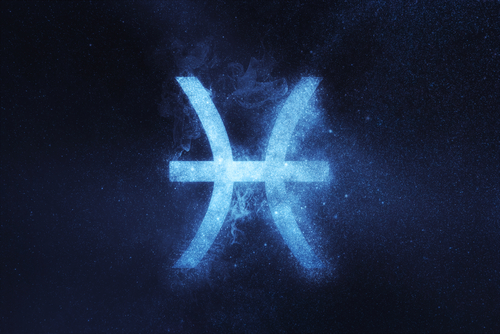 Pisces, an expert is ready to reveal the keys to love success ❤

Here are 10 facts you must know about Pisces. For more information on the Pisces personality, check out 15 facts on the Pisces zodiac sign.

'Pisces never have a hard time committing because when they want something, they go after it!' 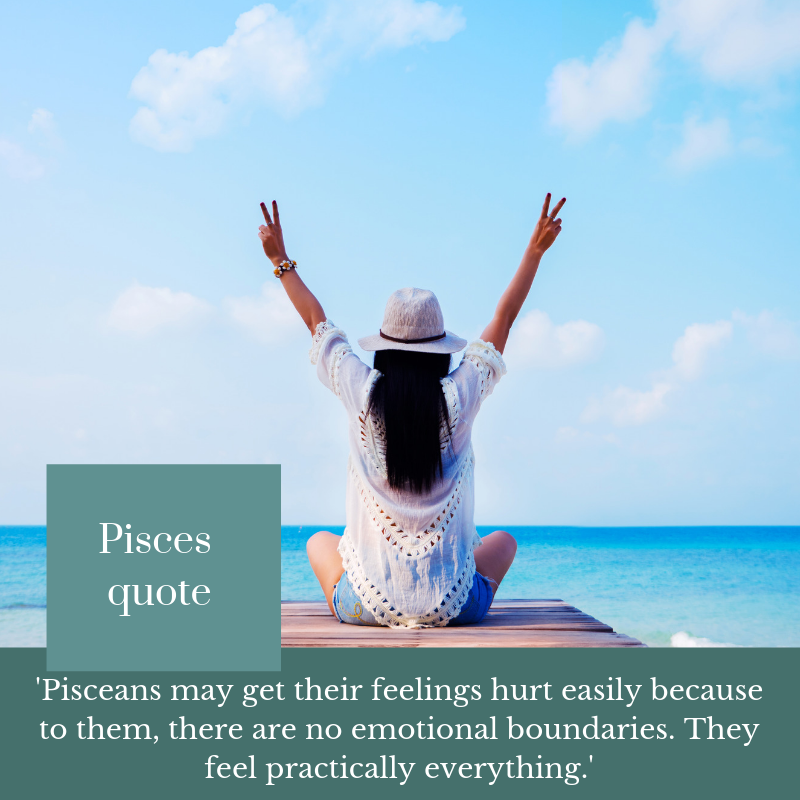 The art of happiness for Pisces

Pisces completely understands the art of happiness and radiates joy and delight. Your easygoing sense of humor and positive approach to life mean you always have a smile on your face and love spreading cheerfulness everywhere you go. You love heading out on adventures and discovering new things. Your ethereal personality means that you are a pleasure to be around and even the simplest of things fill you with happiness.

- Discover how Mercury retrograde will impact you. -

Pisces personality: What type of person is a Pisces?

Pisces is sensible and very receptive, which is why they are so great at absorbing only information. The Pisces personality understands other people which is why they are great at giving advice. Pisces, your idealism and adaptability make you fascinating and captivating. In love, the final zodiac sign looks for security and a matches best with well-rounded individuals. The last sign needs to be careful not to trust people too easily as they risk getting their hearts broken. Find out more with your weekly horoscope.

How well do you know the traits of the Pisces zodiac sign? Understanding Pisces traits will help you build better relationships with Pisces people in love, work and life. Let’s take a look at Pisces' 5 biggest positive and negative traits.

Pisces, explore your destiny with the help of an expert 🌟

Pisces men are emotionally sensitive people, they have creative personalities and are also naturally caring and intuitive. A Pisces man makes a great boyfriend and will be very generous toward his partner. Pisces traits male really are to die for!

Which planet is Pisces ruled by?

Pisces ruling planets are Jupiter and Neptune. In Roman mythology, Jupiter was known as the King of the Gods, whilst Neptune ruled the seas. The association of Jupiter and Neptune is responsible for Pisces traits including their energy, spiritual side and compassionate behavior.

The Pisces personality is considered to be most compatible with Taurus. Taurus will always give Pisces the advice and guidance they need. Pisces is also compatible with Cancer. Once this duo falls in love, their relationship will last forever!

What signs do Pisces not get along with?

Find out more about the Pisces personality here!

Pisces, is love in the air? Find out with an expert 🌟

Drat, I wrote a long note + it disappeared. This is the most excellent website for astrology ever. You're so positive + first time had fun + LOL(have to see the humor for my situation) at a website. Sorry came on so strong with comment for Gemini, are Mum + Trump= you have the perfect descriptions for 400+ FB friends, those I know who hadn't already studied the Gemini sign to survive. Knowing the facts=personal power. It would be great to see a list of "famous Geminis", with Trump being visible? Need an image of your website, that will interest, with a link of here, to post on FB. Nothing can be better than astrology with intuition. In weirdest medical sition, "fall + Die" balance from neck injury balance, :-)

meanwhile as a pisces most of my friends are gemini including a very close one, my best friend is a taurus tho.

Waoo I am proud to be a Pisces ♓

Lol. Im siblings with a pisces (im a gemini) and our incompatibility must be why we are always onto each other's throats most of the time.

LOLing at something difficult is freedom at last, finally knowing why it happens. :-)

CHECK OUT THE OTHER ZODIAC PERSONALITIES!

Our experts are available to answer all of your questions right now! So, why not choose from our selection of advisors and kick start your quest for answers and enlightenment regarding your future, right now?!. To help you make your choice, check out our advisor's specialities, tarifs and reviews.