What Is Sagittarius' Spirit Animal? - It's The Owl

The Owl has a clear-sighted and different view of the world. This totem animal can interpret things that humans do not see in darkness. Thus, it has the power to penetrate the spirits, plus the ability to anticipate things accurately. Discover the symbolism of the Owl and what this extraordinary animal symbolizes and represents in your life if you are a Capricorn native.

If in western astrology the signs are established according to the wheel of the zodiac, in Amerindian astrology the totem animals were defined by observing nature. The Amerindian people had a different vision of the world from ours. They were very sensitive towards nature, and this is something we recognize today with great wisdom. Use our guide to identify your spirit animal.

What are the origins of the Owl?

The Owl spirit animal is the 9th creature of the Amerindian wheel, which corresponds to the end of autumn and the sign of Sagittarius. This creature is a double sign, in many civilizations, it is sometimes considered positively and in others negatively, since it is capable of the best and the worst if it succumbs to its most infamous instincts.

What does the Owl symbolize? Discernment and protection

The Owl has a role as a protector. Indeed, the Amerindian people admired it, because it feeds essentially on pests. Its useful mode of hunting confers him a gift of discernment between the good and the bad, following the example of Sagittarius. 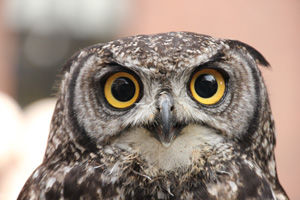 Among the ancient Greeks, the Owl was assimilated to Athena, who was known for her wisdom and her qualities as an adviser. The clairvoyance of the Owl is a precious power, which it will be necessary on the other hand to use wisely!

What powers does the Owl have?

If this is your spirit animal, then it offers you the immense power to always guess before the others. You have the gift to feel out your environment, if you don't like a person or a situation, don't insist and trust your instinct because it's your greatest strength. Manipulators and other toxic people don't last long with you because you unmask them immediately. This is your ultimate strength and means that you are the envy of others!

What does it mean if you dream of Owls?

If you regularly see this creature in your dreams, you are very gifted, because not everyone is blessed with such powerful appearances. If you come across one, be attentive to the message it tries to send you.

The Owl is traditionally associated with death just like the raven, it is not a physical death but a spiritual death, a kind of rebirth. The Owl warns you that changes are going to appear in your life, unless it is already the case? Are you in a transition phase? If so, listen because the owl has a message for you...

What does this totem represent?

thank you will i remary

Thank you for this information, you are awesome! I was just reading my book on Birthdays and it can't be more true also, as is my OWL! Peace to you and yours!