What If It Was Possible To Hear The Voices Of The Dead?

You've read that Thomas Edison (1847-1931), the Man of 1,000 Inventions, the inventor of the phonograph, the electric chair, the incandescent lamp, and the alkaline battery also created a machine that would permit communication with the dead: the necrophone.

The necrophone, a fascinating invention

Thomas Edison never finished this project and we have almost ignored this period of his life until Philippe Baudouin, a historian for France Inter, unearthed an unbelievable text from Edison’s memoires.

Edison’s memoires weren’t revealed until 1948, 17 years after his death, in a last chapter named The Kingdom of the After Life, in a book of autobiographical texts and ensembles of notes. In order to protect his reputation, Edison’s loved ones kept this aspect of his life a secret…

At the end of his life, Edison was fascinated by death and the survival of the soul. It was at this time that the idea of the necrophone came to him. 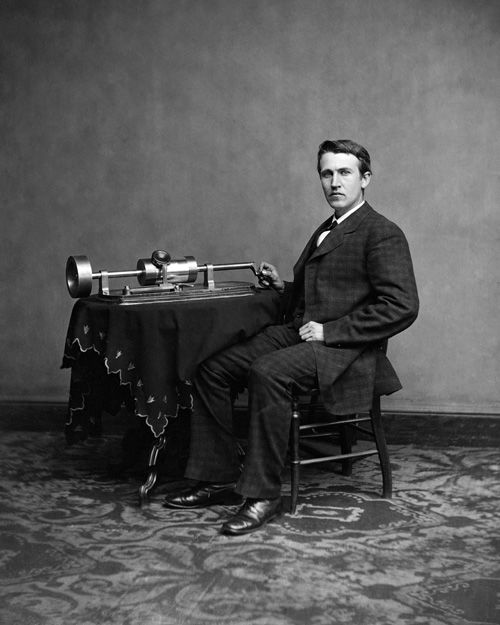 Edison thinks that every living being is composed of “units of life” and that these units escape after the person has passed away. For Edison, these little entities are dispersed in the earth, conserving the memories of the deceased person. He was convinced that his machine would be capable of making these entities audible.

“For him, the soul is an invisible body that has a materiality through very small substances. He calls them the unit of life, and they gather in a swarm. So, he was persuaded that, once death had done its job, the memory would disperse during a short lapse of time into little metaphysical units that a machine could receive, amplify, and carry sound.”

Science and spiritualism at the height of the 19th century

Definition of Spiritualism: A doctorate founded on existence, manifestations, and lessons from spirits, most often spirits of those who have passed. (An incarnate human is employed as a medium between the human world and the spiritual world in meetings called spiritual séances.)

The spiritual doctrine experienced a large growth of followers and an important popularity in the second half of the 19th century. It was notably popular among the intellects or scholars.

Like a lot of people of his time, Edison has grown up in a family circle disposed to spiritualism, it was nothing but normal. By the end of the 19th century, a lot of scientists saw psychic research and science as a perfect match!

As another example, Victor Hugo confessed to communicating with his deceased daughter, Léopoldine, declaring “those who mourn us aren’t absent, they are invisible.”

The photographer, Édouard Buguet, even offered his clients a picture with the spirit of a loved one.

🌟 Discover your destiny with the help of a Psychic! All readings are 100% risk free, confidential and anonymous.🌟

Where are the researchers now?

The researchers that one could call “instrumental trans-communication” (that means the technique that allows voices on the other side to be heard through a tape recorder or an outside microphone hasn’t stopped with Edison!)